The Distance to Forever 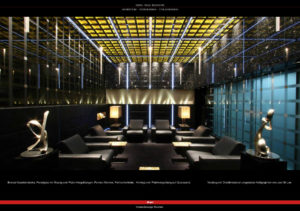 People would always be attracted by the topics about future because the future itself comprises the meaning of expectation. Future is always one step ahead, it is coming but has not come yet, which leaves the space for imagination and so the exploration for the future is full of happiness. While only those brave practitioners can enjoy such kind of happiness since they should be sensitive to the current social culture and material life, besides, they should have revolutionary spirit in case the future is something uncertain, that’s to say there are not established answer or guarantee in advance for such kind of exploration. What is the origin of the mainstream tomorrow? And who will be that lucky predictor?

WELL (WELL is the abbreviation of Whole Earth Lectronic Link) is an important symbol of “information age”. Dramatic changes have taken place in our daily life under the promotion of the technology and social organization. Those absent from the time-space aspect have begun to take the place of the direct function of those present, in short, you do not have to participate in the awarding ceremony but still can feel that you are there just through TV or the Internet. And you won’t doubt about the video information sent by the wire from so long a distance. Of course, there are other ways to spread the information like the radio, newspaper and magazine etc. Obviously, we have been quite adapted to such space where the fact and fancy, virtual and reality combine and cross. Well then,  have you ever thought about to build a space to represent the information that is invisible with the substantial material?

The Executive Lounge designed by Mr. Georg-Maria Hagemeyer shows us the aesthetics typically belongs to Eera. Dark-patina bronze was used for all metal surfaces and the ceiling; there is black marble with golden veins on the upper wall panels; Mother-of-pearl from Indonesian fresh water mussels is the material of the club-tables; the masculine aura similar to the English gentlemen ‘s club and the sculptures the inspiration of which is coming from traditional Chinese calligraphy … while the most interesting thing inside this “treasure casket” is the light tube overhanging, the ceiling divided into geometrical forms and the light tube’s reflection on the wall. Virtual space and realistic space is juxtaposed here and it looks that the information and some other resources that is invisible normally is given a special shape and become active here now.